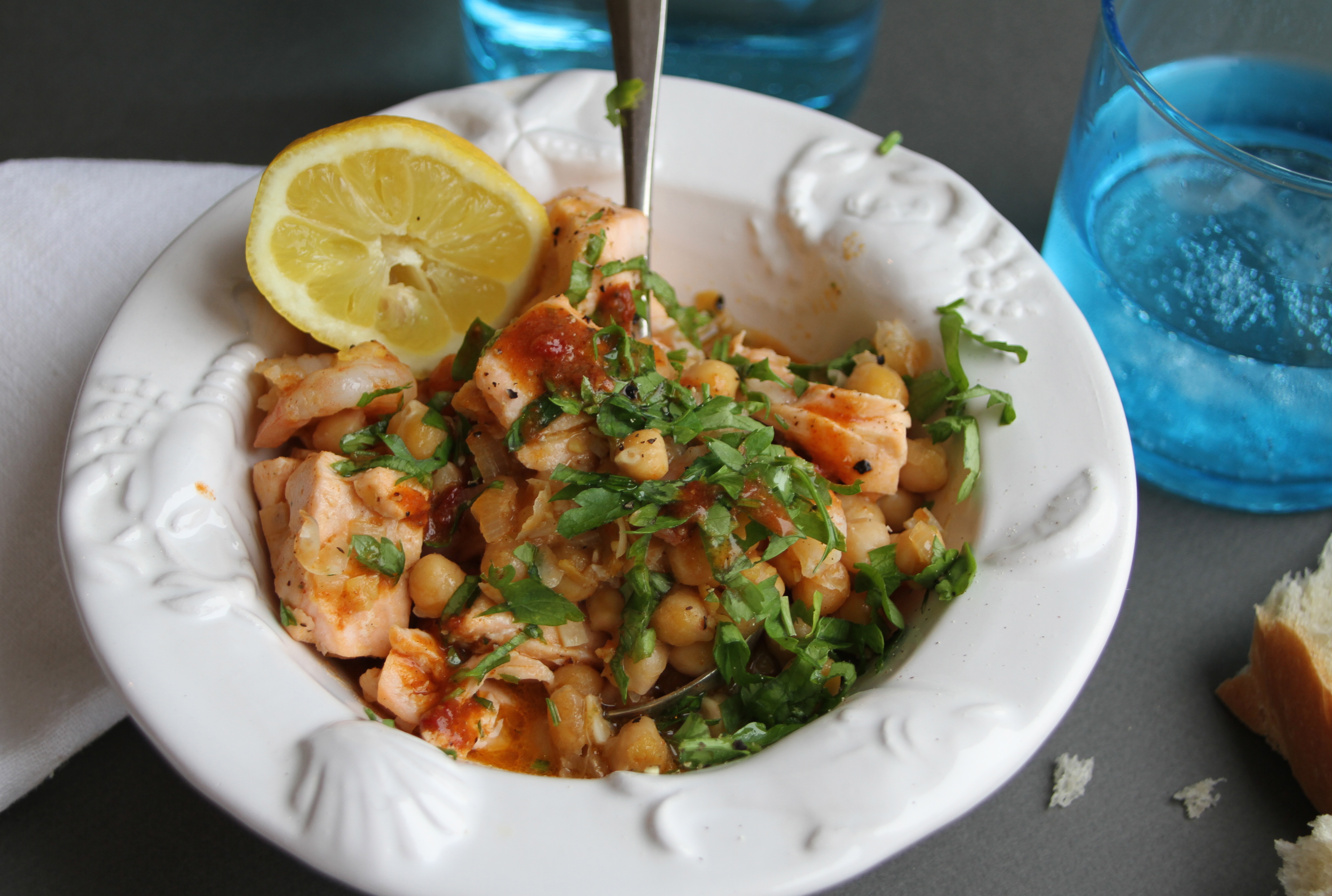 My original notes on this recipe, or rather my scribbled reminder says Salmon, Chickpeas, Prawns and Harissa – a bit of a mouthful I thought – so Fish Stew with Harissa it is, more casual anyway which I prefer.  The name doesn’t however, convey the fabulousness of this dish, rich, sweet and pink by way of the salmon and prawns, chilli spiked and spiced from the harissa and filling, in a good way, with the chickpeas.

I had promised I wouldn’t mention the weather again but it seems, I can’t stop myself and unable to wait any longer for Spring to arrive I decided to cook something sunny instead.  I wanted something redolent of lunch by the sea, toes in the sand, a bottle of white wine in an ice bucket, a plate full of fish and spice to eat with some good crusty bread on the side to mop  up the sauce.

Back to reality then, this is an easy weekday supper.  The chickpeas simmer in the wine and  harissa which form a fragrant broth to cook the fish in.  It sits happily on the hob whilst you do something else and then ta, da, a delicious healthy supper appears with almost no effort at all.  This is enough for 2 but is easily doubled.

Juice of a lemon

A small bunch of parsley, chopped

Heat the oil in a large frying pan and cook the onion gently until soft, add the garlic and stir for a few minutes.  Then add the harissa followed by the white wine and stock.  Mix this together then add the chickpeas, half a teaspoon of salt and simmer for 20 minutes.  Put the salmon into the pan and cook for a further five minutes turning the pieces over half way and adding the prawns for the final few minutes of cooking.  Add the lemon juice and taste, you may need more lemon or salt.  Strew with parsley and serve.

Note – I like this reasonably spicy so use two teaspoons of harissa, if you wish to be a little more cautious, add one and a half and then after tasting at the end swirl the extra through before serving if you want.  Also, I find recipes with chickpeas need a fair amount of salt but do reduce the amount if you wish. 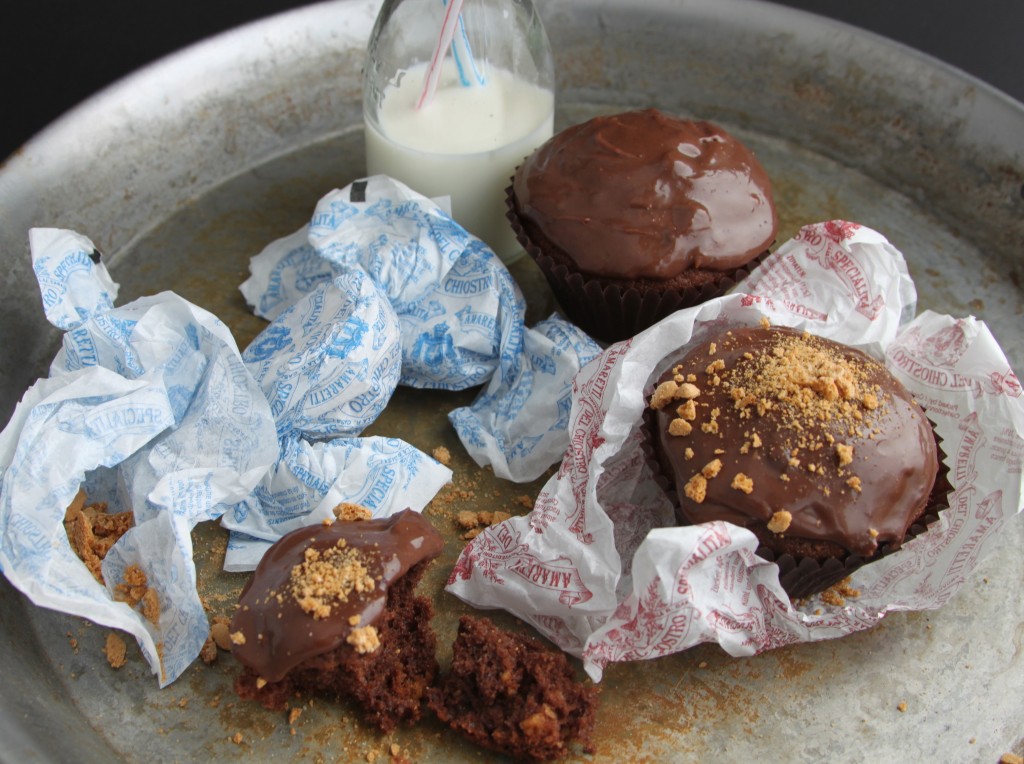 I have been reading a lot recently about the benefits of alternative ingredients, spelt and buckwheat instead of regular flour, agave nectar and honey in place of sugar etc.  I’ve already reduced the sugar in my normal brownie recipe, use maple syrup and or/honey in my granola and so on.  Little steps but I don’t want to simply throw out all those recipes that we love – I can just do a bit of tinkering here and there.

I often make spelt bread and like its earthy slightly nutty flavour but was a little apprehensive about cake baking with it, how would it behave, would it rise, would it be heavy?  Well, what a marvellous surprise, these little cakes are fluffy and light, rose perfectly and are a real treat.

We have chocolate left over from Easter and an open packet of amaretti biscuits I was keen to use which is what gave me this idea.   I crumbled some of the amaretti over the top of the cakes as you can see in the picture and also crushed a few and added them to the batter before baking.  They add a nice extra dimension and texture but if you really want that almond hit you might add a couple of drops of almond extract.  Or, I hear myself think, perhaps add some Amaretto to the icing (grown ups only)….  Alternatively dispense with all things almondy and make them simply chocolate if you prefer.  Anyway, here they are, the cakes themselves are not seriously sweet but taste just right when combined with the chocolate ganache topping and am I right in thinking these almost qualify as health food…..

Preheat the oven to 180 and put 6 large (muffin rather than fairy) cake cases on a bun tin.   Cream the butter and sugar together until light and fluffy, add the eggs and then sift in the flour, cocoa and baking powder.  Mix in the milk and add 4 crumbled amaretti if you are using them.  Divide the mixture between the cases and bake for 15 minutes.  Leave to cool on a wire tray.

For the topping melt 25g dark chocolate, 25g milk chocolate and 4 tablespoons double cream, mix together and leave to cool and thicken.  Spread over the cakes and sprinkle over the remaining 2 crushed amaretti if using.  Makes 6. 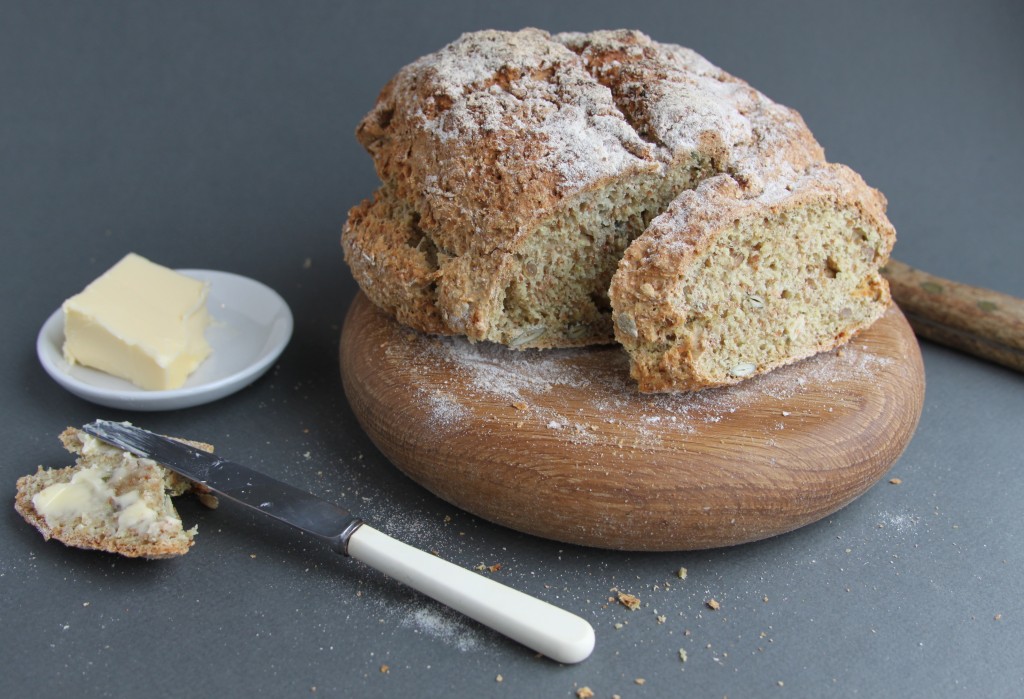 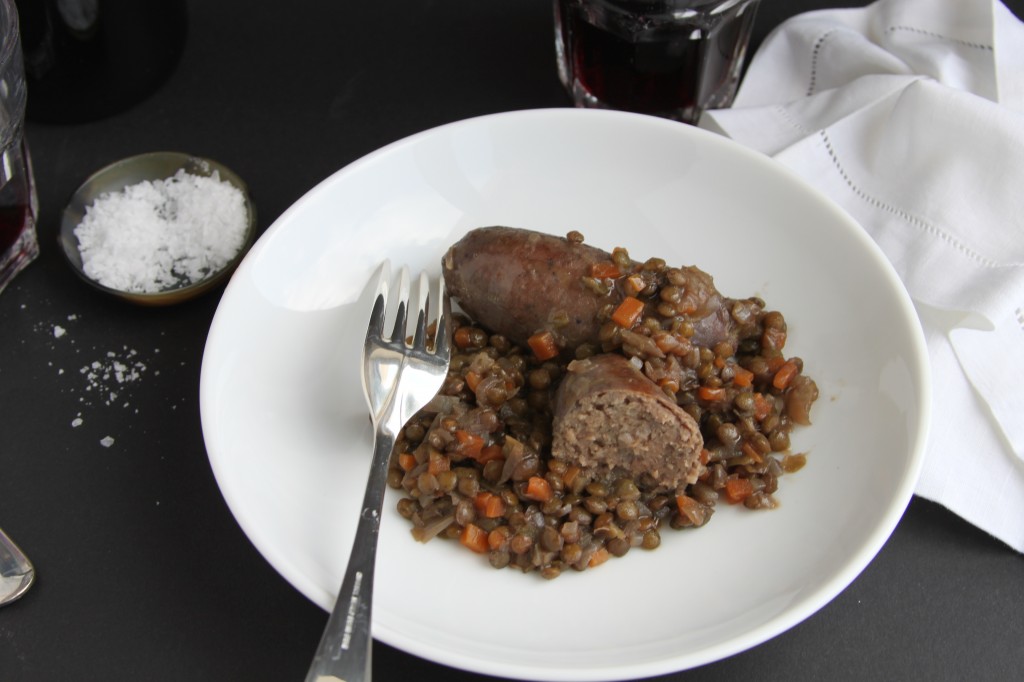