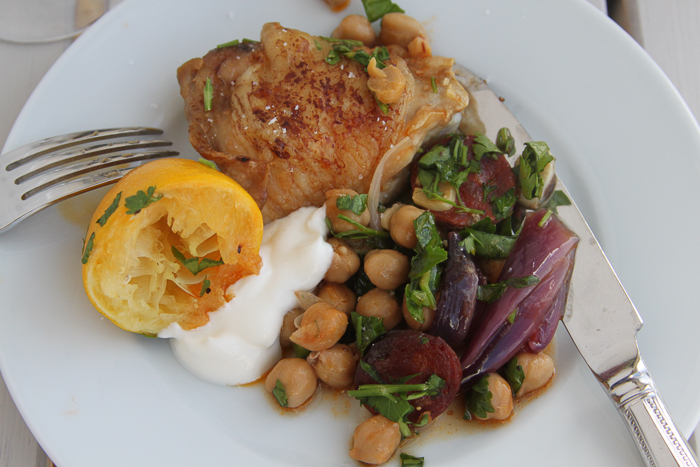 It is a funny time of year.  Yesterday I got caught in a hailstorm whereas today there is a definite whiff of Spring in the air.  Primroses are nudging snowdrops out of the way, lambs are bouncing and I am tempted to put washing out on the line.   Rather as fashion magazines talk of that tricky between seasons time, what to wear, what to wear?  So in the kitchen we can feel caught on the hop.  Rich, hearty, belt loosening stews feel a little de trop now but salady lunches are still a way off.  Winter veg remains on offer and the bounty of Spring produce is yet to appear.

This then is the answer.  An unbelievably easy, one pot wonder that is both cooked and served in the same pan (less washing up, marvellous) and doesn’t require any hard to find or particularly seasonal ingredients.  Indeed, if like me you tend to keep chorizo in the fridge, then you may well have all the necessary to hand.   This will serve you well for lunch or supper and is just the ticket if you have friends over for dinner as it will tick along in the oven quite happily whilst you sit with a glass of something chilled.  You don’t really need to serve anything with it but my favourite green salad (January 2014 without the croutons I think) would be a verdant, refreshing side dish if  you want. 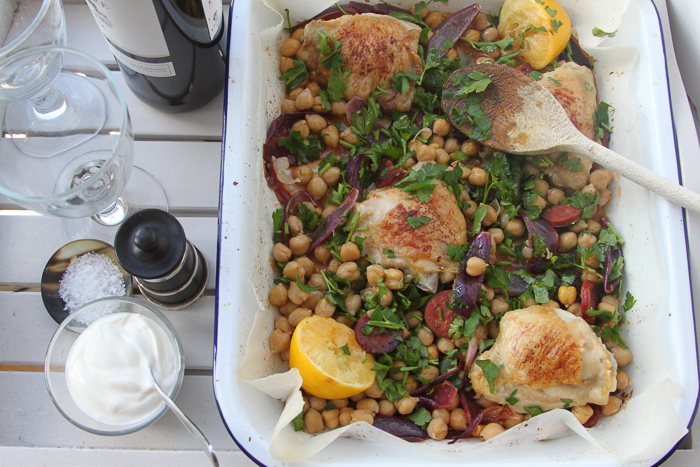 For pudding I can’t think of anything better than Vanilla Pannacotta (July 2014) but instead of the summer blackcurrants in that recipe serve it with some baked rhubarb.  I made this last week for a girls lunch and was delighted with the combination, both creamy and refreshing, perfect for Spring – see the photograph at the bottom. 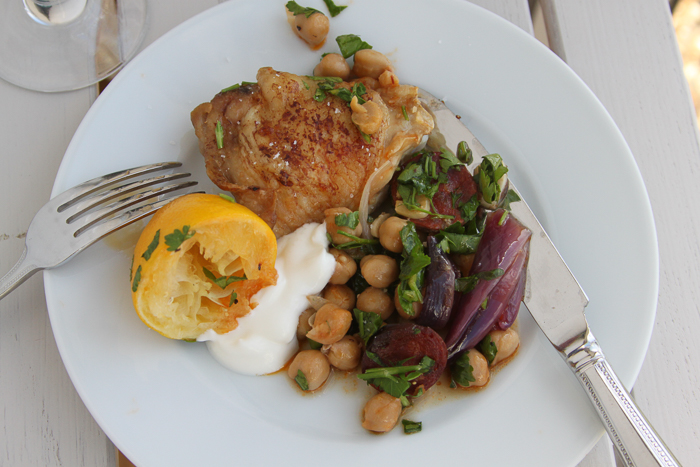 Chicken with Chorizo, Parsley and Lemon

I serve this alongside a bowl of yogurt that has a little finely chopped garlic and salt added, it works an absolute treat with the chickpeas.  By the way, if chickpeas are really not your thing (ahem Miss and Master May) then omit them and serve with waxy little new potatoes which will be equally fabulous.  Incidentally don’t scrimp on the parsley, it is very much part of the dish and not just a garnish!

Preheat the oven to 200.  Peel and cut the onion into eighths and put into a large roasting pan with the oil, chorizo, chicken and garlic and turn it all over in the oil.  Season with salt and put in the oven for 30 minutes.  After this time take the pan out, baste the chicken, add the chickpeas and squeeze both lemon halves over it all and put these halves in the pan too.  Cook for a further 10 minutes, remove from the oven.  Sprinkle with the parsley and serve.  This amount serves two but it is easily doubled or tripled. 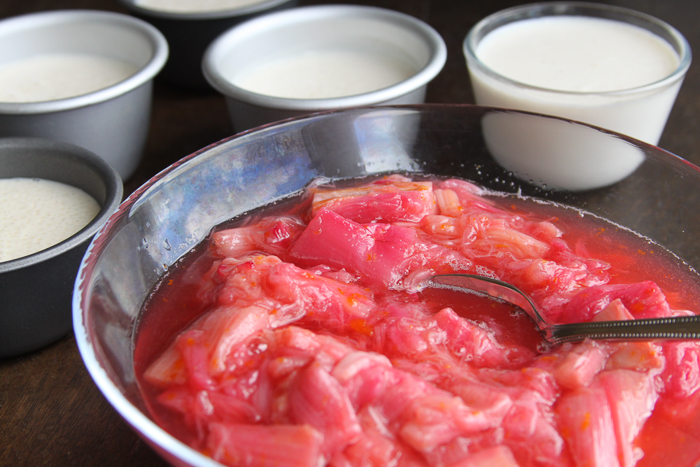 2 thoughts on “Chicken with Chorizo, Parsley and Lemon”