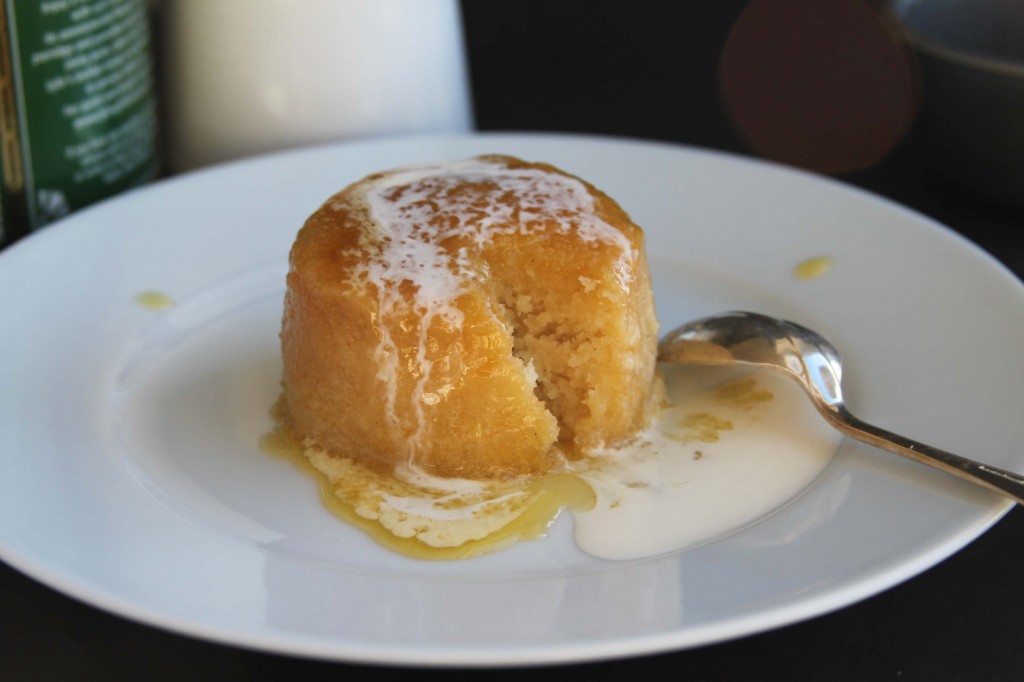 I have avoided making steam puddings because despite finding them irresistible, the whole steaming for hours thing makes me nervous.  Recipes that implore me to keep the water in the pan at a certain level throughout or the pudding may explode make me want to turn the page.  Anything, other than a small child, that requires such focused and constant attention is not for me.  As such I have felt a whole range of  rib sticking treats out of reach unless I want to consider immediate redecoration due to wallpaper peeling from walls because of the steam (no I don’t have wallpaper in my kitchen but it is an image I am unable to shake from my mind) or the afore mentioned explosion and subsequent plastering of sticky dough to the ceiling and walls.

Somewhere along the line though I had heard or read of steaming puddings in the oven and had been meaning to try this for ages.   I regularly tear recipes from magazines and have stacks of these torn out pages waiting to be tried.  Of course, when I tried to find the bit of paper I wanted it was nowhere to be found (nor the beetroot, chocolate and yogurt cake which had been on my to do list for some months but more of that another time) so I had to experiment.

This is the result and I can’t convey to you how utterly delighted I am with it.  These puddings are a doddle to make, happily transform themselves in the oven and require no attention or subsequent redecoration.  They are unbelievably light and fluffy whilst still delivering that lip smacking golden syrup heavenly hit.    We had these for lunch on Sunday and were all literally a second away from licking the plates.

If there was ever a recipe to cheer up a cold, dreary and rain sodden January this is it. 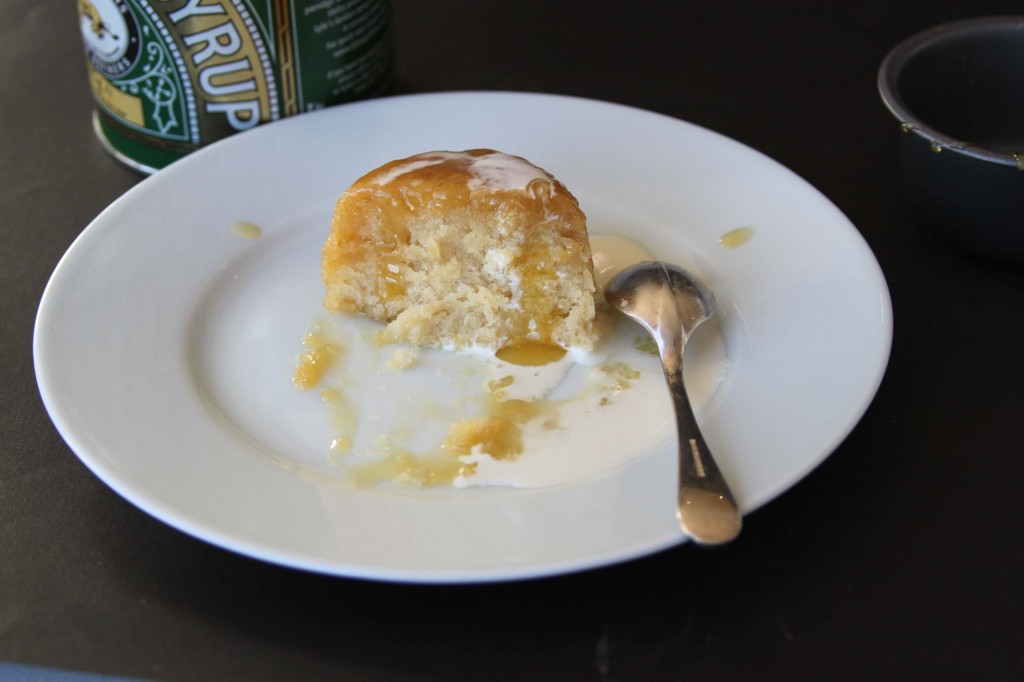 I used 150ml metal pudding moulds and ramekins and they both worked very well.  Incidentally I reheated the two that were left in a pan of simmering water for five minutes the next day and they were still perfect.   Serve with cold cream or ice cream (or both).

Preheat the oven to 180 and butter 6 moulds or ramekins then put a tablespoon of golden syrup in the bottom of each one.  You will also need 6 pieces of tin foil big enough to loosely cover the puddings.   Cream together the butter and sugar until fluffy, add the eggs one at a time with a little flour and mix well followed by the remaining flour and salt.  Add the vanilla and milk and incorporate it.  Divide the mixture between the moulds and then cover with the prepared tin foil, fix it loosely so they have room to rise a little.  Put into a baking tray, pour in boiling water to half way up the ramekins or moulds and bake for 40 minutes.  When done, run a knife around the edge of the puddings and turn out onto a plate being careful not to spill any of the hot runny syrup or burn yourself with it.  Serves 6. 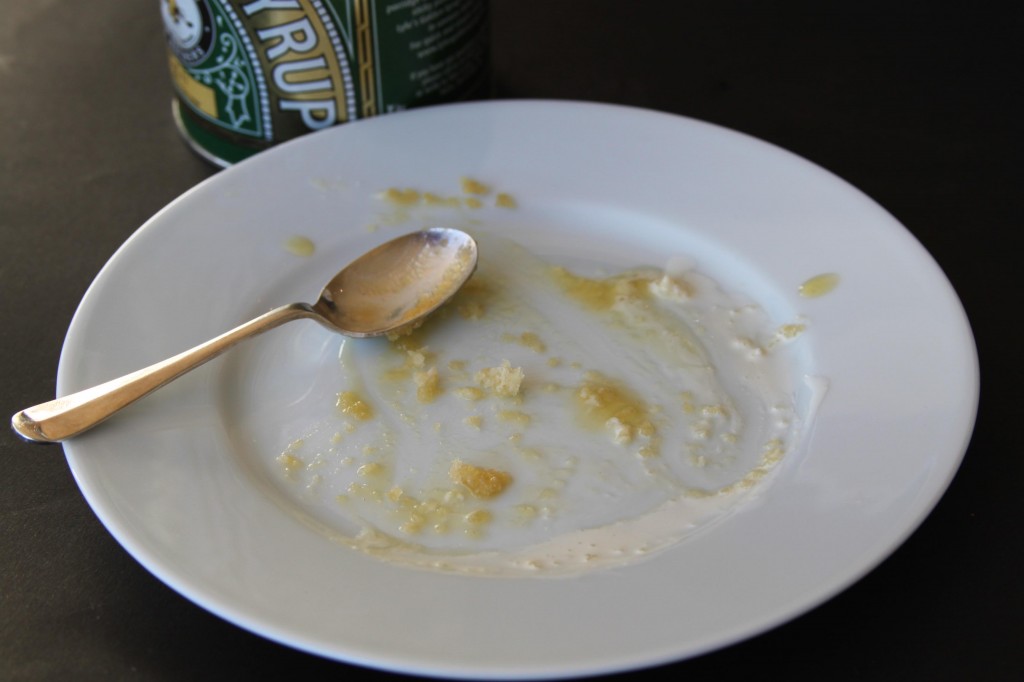